What exactly is yoga? It began in ancient India before being adopted as a Hindu discipline. It has garnered a great deal of popularity in recent years, and is often practiced for health and relaxation rather than spiritual awareness. Although the term ‘yoga’ is actually very broad, it often incorporates some sort of breathing control, simple meditation, […] 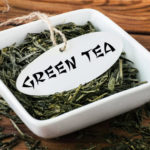 A recent study has shown that if you drink five cups of green tea each day, you may reduce occurrences of psychological distress by up to 20 percent. A study consisting of 42,093 Japanese individuals found that 2,774 people (approximately 6.6%) were victims of psychological stress. However, this number was significantly lower among green tea […] The term meditation can refer to a number of practices that use mental techniques to promote numerous physical and emotional benefits. Meditation involves engaging in contemplation or reflection as a mental exercise in order to relax or gain a higher level of spiritual awareness. Usually meditation is practiced in a quiet place, but some types […] As you might have seen on my 17 Reasons To Avoid Stress infographic, scientific research has connected a large number of diseases and conditions to chronic stress. Several previous studies have shown a link between chronic stress and diabetes, but now a new study has demonstrated this link even more clearly. Recently, the University of […] Are you constantly struck down by colds, flu and other infections – no matter how well you look after yourself? If yes, then perhaps your stress levels are to blame. Getting sick after a stressful event isn’t just a coincidence. Your brain and immune system are in constant communication with one another, which means that […] We’ve all heard someone say “Don’t sweat the small stuff”, a common mantra for those of us trying to relax, be less anxious or deal with the problematic situations that regularly confront us in life. When given as advice, it’s a way of telling people to look at problems objectively and determine which issues really […] Many attempts at self-improvement can fall flat due to the various influences in our lives. If you’re ready to make changes to your life, reduce stress and recover from adrenal fatigue, one of the first steps is addressing those influences, which can be either good or bad. The best way to begin is by increasing […] Most people in our culture feel the need to be going all the time. If we are not working and putting our energy into something, we believe we are wasting time. We may feel taking time for ourselves is a waste and won’t accomplish anything. And to some extent it’s true – relentlessly pushing yourself […] Stress is an inevitable part of life. It’s hard wired into our brains as a protective mechanism. In the past, it helped us to avoid the threats and dangers of predators out to eat us. Even though these threats have (largely) disappeared, the stress response has stayed on. Today, we experience stress mainly from work, […] We’ve all experienced it from time to time. Anything from a slight annoyance to a big problem comes to visit us in the middle of the night, keeping us awake when we desperately need sleep. Try as you might, it won’t leave your thoughts. However, once you understand the reasons behind your stress and inability […]