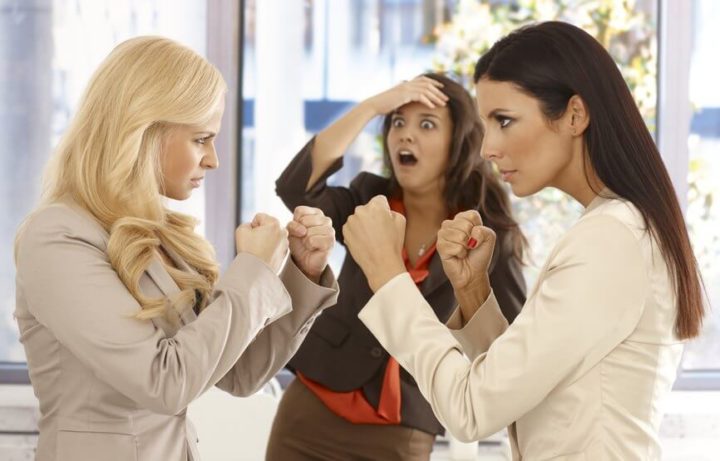 Think of a time when someone you know was nervously pacing back and forth in front of you, and how restless it made you feel. Or about a time when someone told you to calm down because you were stressing them out, too. Many of us have long theorized that the stress one person is feeling rubs off on those around them, while others think it’s all a figment of the imagination. Recent scientific research proves that there is actually merit to this theory after all. In fact, researchers have been able to prove that stress really is contagious!

This study was conducted by scientists from the Max Planck Institute for Cognitive and Brain Sciences in Leipzig, in collaboration with scientists from the Technische Universität Dresden. Researchers tested the subjects in pairs. Participants were paired with a person of the opposite sex, and the partners were either loved ones or strangers. During the test, one partner was exposed to a form of psychosocial stress, while the other partner observed them either directly or virtually. Their goal was to determine if they could detect and measure empathetic stress response in the observing partner. Empathetic stress is defined as one individual demonstrating a physiological response to merely observing another person under stress.

Here’s how it worked. One partner was purposely placed under direct stress. The stress was induced by making the person perform complex arithmetic and interview tasks while being observed by researchers assuming the role of behavioral scientists. The other partner was watched them, either through a one way mirror (direct observation) or via a live video transmission (virtual observation). Researchers then measured the level of cortisol in the observing partner (cortisol is the primary hormone released by the body in response to stress).

The results were impressive. Researchers detected significant cortisol increases in 26% of the observers. Cortisol levels were highest in two groups. As you might expect, 40% of observers partnered with their loved ones demonstrated a significant increase in cortisol. Also, 30% of partners who observed directly through the one-way mirror showed increased cortisol. Even among strangers, 10% of the observers experienced significant increases in cortisol levels, and 24% of virtual observers did as well. This could suggest that even watching stressful events on television could have the same effect. (1)

What does an increase in cortisol mean for our health? Other studies have established beyond doubt that long term exposure to elevated cortisol levels can affect our health. In the long term, it can contribute to chronic inflammatory conditions, autoimmune diseases, and hormone depletion. In the short term, elevated cortisol levels delay healing and suppress immunity, leaving us susceptible to disease-causing pathogens.

So how does this study change the way that we look at stress? Until now, people have been advised to control their stress levels and responses to stress to avoid raised cortisol. Based on this study, people might also be well advised to avoid people undergoing great stress. Even watching stressful events (no more horror movies!) can lead to raised cortisol levels. Those of us already suffering from the effects of adrenal fatigue or chronic stress should avoid these triggers where possible.

Look Out For These Types Of Contagious Stress

There are a few forms of contagious stress that you can look out for and try to avoid. Specifically, these are delegated stress, empathic stress, and oversensitivity (or ‘eggshell’) stress.

Delegated stress is when another person abuses a relationship by constantly imposing an unreasonable amount of tasks or responsibilities on someone else. It is often encountered at work, but can pop up in numerous relationships. A work example is when a co-worker asks for help as a favor then later expects you to keep doing the same favor time and again. Avoid this type of stress by being firm about boundaries. Explain that you were happy to help once or twice, but you already have your own work and responsibilities to deal with.

Empathic stress is when the stress of others has a tangible effect on you. People who often act as a sounding board for others, or as a shoulder to cry on, frequently experience this type of contagious stress. Events that have little or no direct bearing on your life can cause an inordinate amount of worry. The death of a neighbor’s distant relative or your hairdresser’s relationship woes are good examples. If you tend to empathize with others a great deal, be aware of absorbing too much of another’s stress. Set boundaries for yourself, like limiting the amount of time you devote to others, or how often you are available to listen.

Lastly, oversensitivity stress occurs when highly volatile, over-sensitive people create ‘eggshell minefields’ around them. These people often demonstrate high levels of anxiety, hostility or depression. Everyone they come in contact with feels the need to ‘walk on eggshells’ to prevent them from having a full-blown meltdown. Avoid these people wherever possible! If they are a family member, or otherwise cannot be avoided, it goes back to boundaries again. Be clear about behavior that you find unacceptable, and start phrases with “I” instead of “You” to avoid making them even more defensive. For example, “I don’t appreciate it when you yell at everyone because you’re running late.” (2)